dyeing on a summers day

The first time I ever tie-dyed was in primary school the 1980s - I made a pink tote bag. I was a bit embarrassed about it because tie-dyeing wasn't very cool in 1985.

A few years later tie-dyeing made a resurgence and it was OK again, along with the bucket hats that we had been laughed at for wearing only a few years earlier. Suddenly the beautiful youth were showing their tans in sleeveless floaty tie-dyed hippy dresses with friendship bracelets adorning wrists and ankles. Then my favourite T-shirt was a green tie-dyed shirt from Cape Town and someone actually offered to buy it from me. For the briefest moment I was 'in fashion'. I will always now associate tie-dyeing with summer and beaches and being 19.

For years our American family have had an annual tie-dyed T-shirt competition. Every year we get a technicolour group portrait destined one day for awkwardfamilyphotos.com. I have no idea whether tie-dyeing is currently in style, ironically in style in a hipsteresque way or uncool. The world seems more complicated now.

Last year I needed to salvage a favourite t-shirt which had been ruined by high factor sunscreen - I had tried bleaching it out but some strange chemical reaction between titanium dioxide and bleach had produced a pinkish yellow colour :
I almost threw it away but at the last minute decided to try dyeing it. Suspecting a straight dye would produce the same patchy discolouration at the neck, tie-dyeing was the obvious solution. The techniques we used in school were a bit time consuming (tying bits of string round marbles) so I decided to try this instead:


It was surprisingly as easy as it looks in the video: 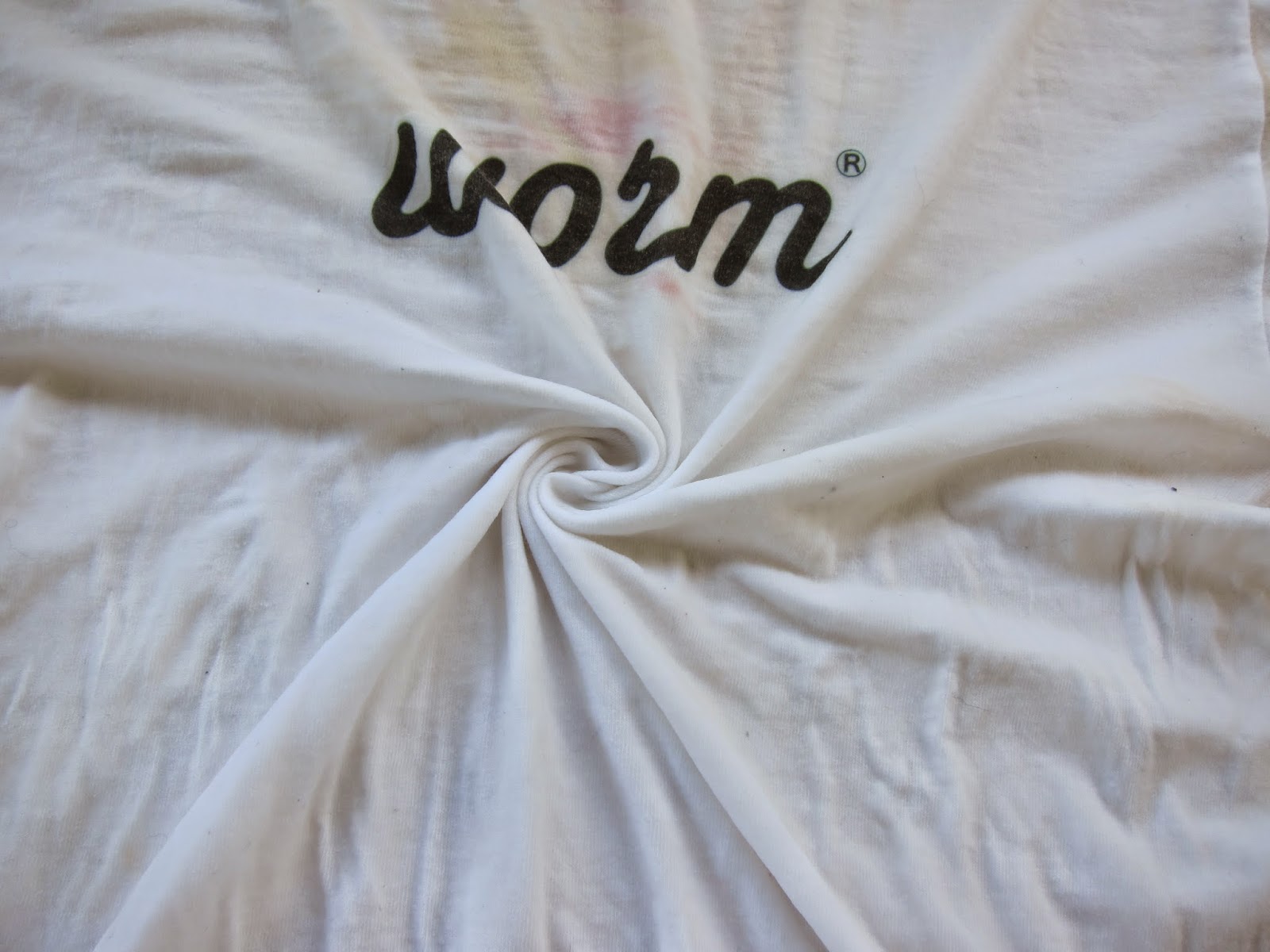 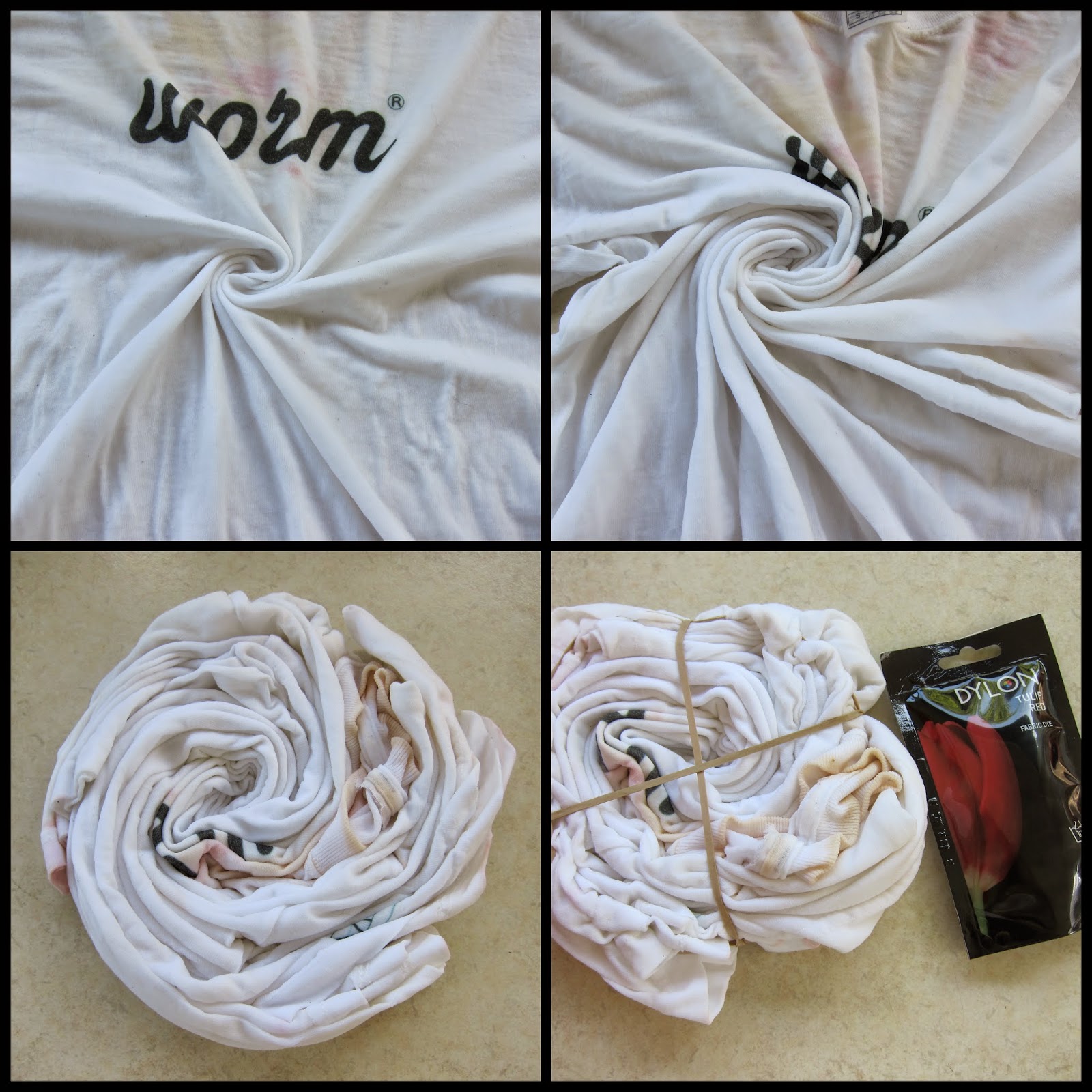 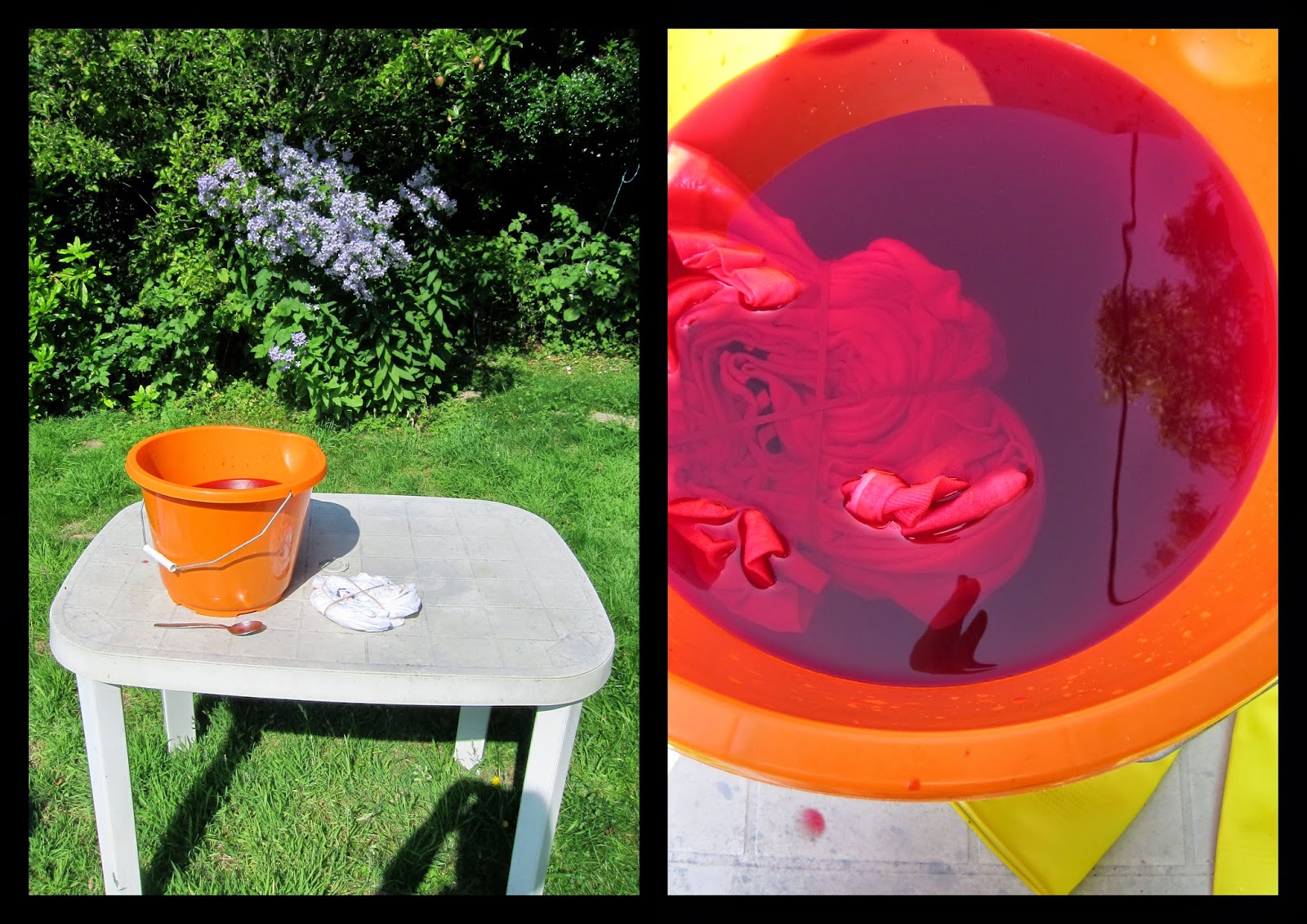 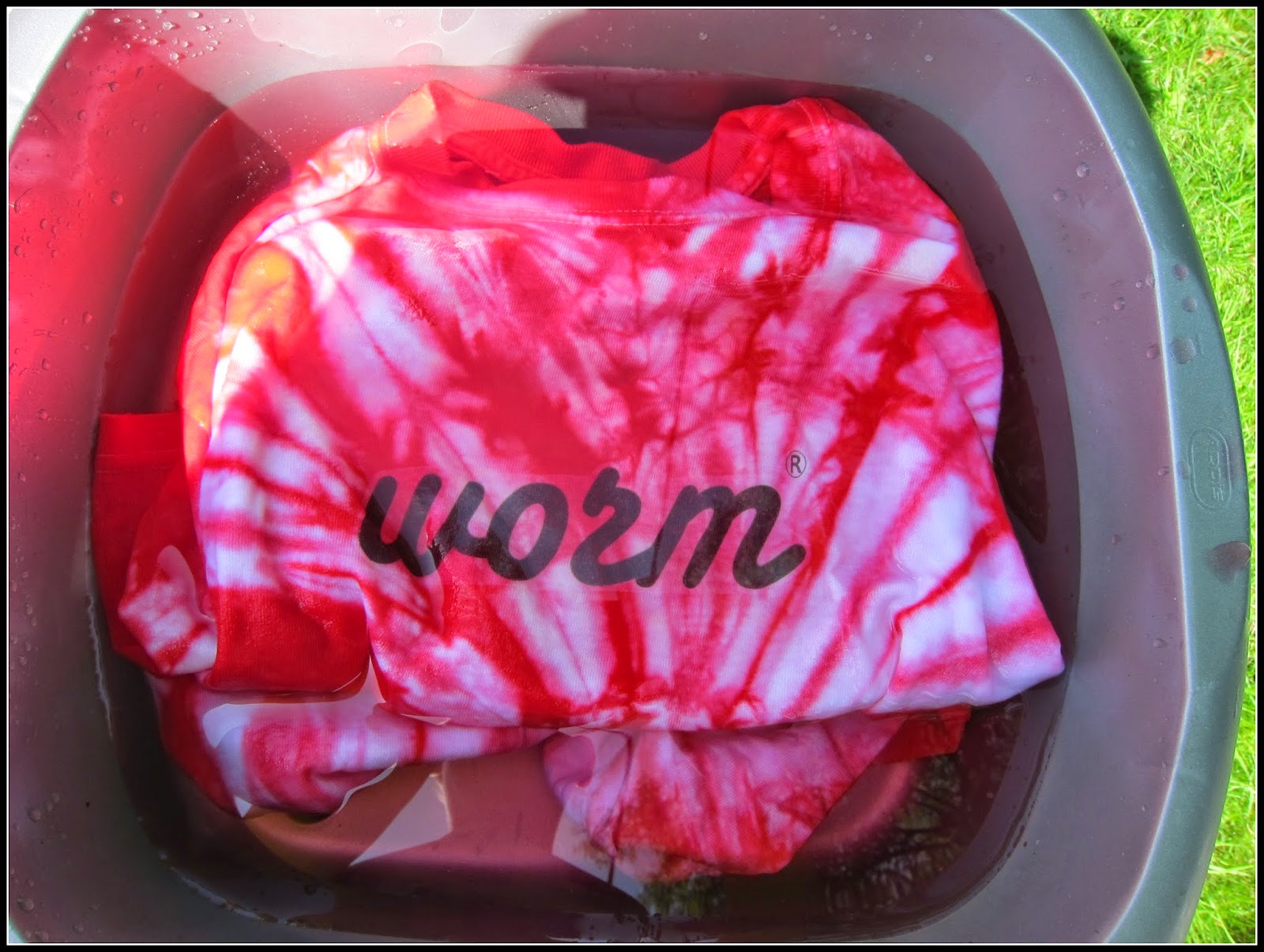 ...and as you can see the end result is predictable. Happily I think I might get another 14 years wear out of this t-shirt. I think tie-dyeing as a fashion will never die.
Posted by Thimble at 05:43